I am currently studying Game Creation and Producing in the Netherlands and this is a small composition of the stuff that I have created during my first two academic years.

We had 3 themes to pick from:
• Ancient Rome
• Renaissance
• Industrial revolution / steam punk

Even thought I like all three themes, I quickly ended up with "Ancient Rome" and some different concepts of roman buildings.
After a few rough sketches I decided to use the "Pantheon" for the assignment.

Unity, 3d Design and Audio during the third quarter
During the third quarter we got one project where we had to include the work of 3 different courses.
We had to create a Unity level (Design tools Unity 3D) and include a house that we modeled in Maya (3D Design)
and also a few different sounds and music for our Audio Design course.

The setting of the level is based in the desert, where the player has to collect 10 randomly placed water gallons near an oasis
and bring them back to his house. Time is running so he has to be fast.

I created all the models and textures that are used in the level on my own with Maya and Photoshop.
For the ambient sounds I used stock sounds from "freesounds.org" and "Ableton Live". 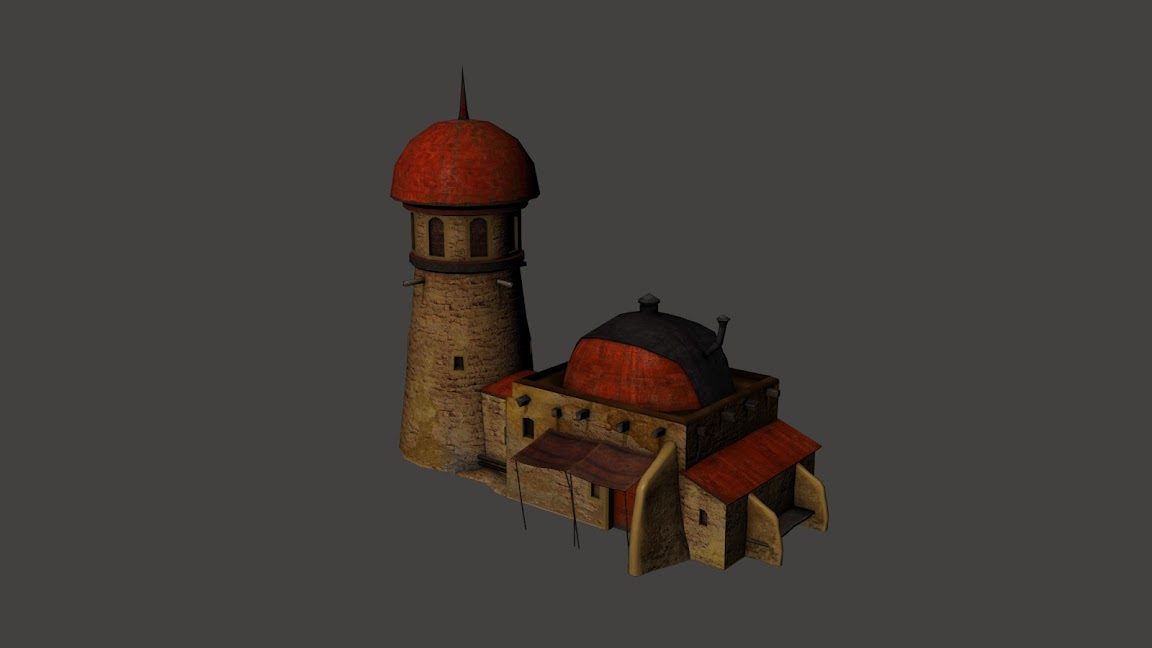 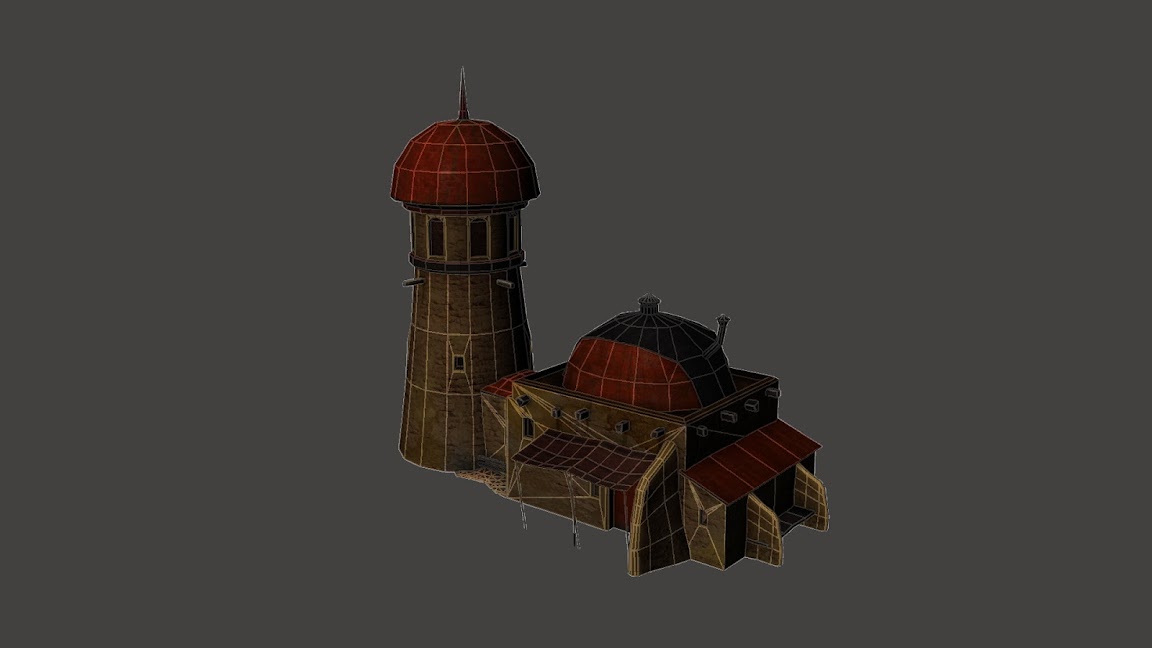 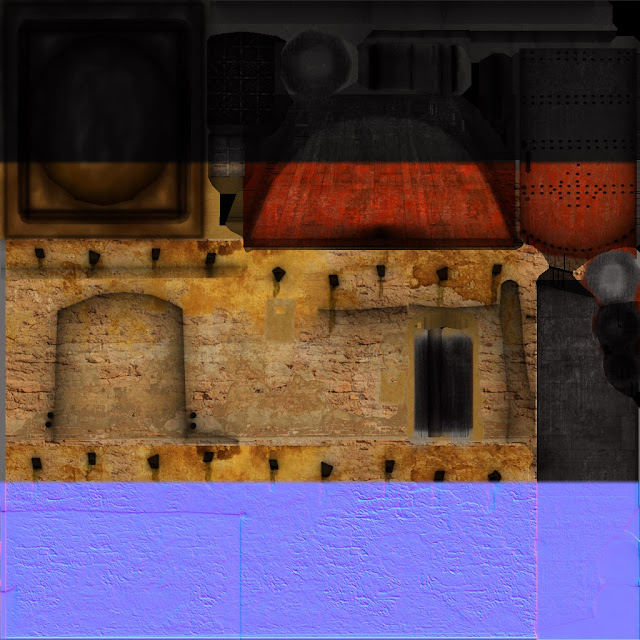 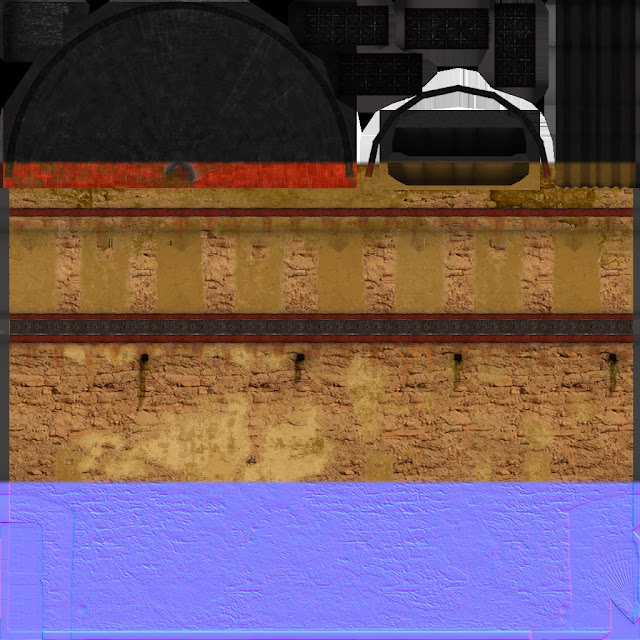 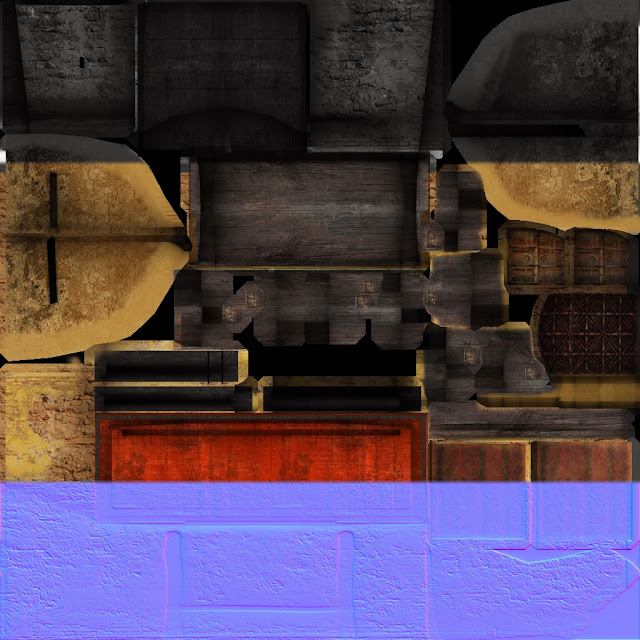 Audio Design Sounds
For Audio design we also had to create three 1 minute long soundscapes, that fit to one of the photos we got for the assignment.
(We got 10 to choose from.) I picked a beach, jungle and a restaurant picture to create soundscapes for.
For the soundscapes I used "Ableton Live" and stock sounds from "freesounds.org".
Beach Sound File Jungle Sound File Restaurant Sound File


Project Commercial Break during the first quarter
Our first project in the second year was called "Commercial Break". We had to develop a game for a client, that provides sports facilities for mentally and physically disabled target groups. The goal of the game was to train the physical, social and mental abilities of the player. The look and feel should be positive and emphasize the player's abilities. To control the game we had to use the kinect.

Our theme for the project was "World". We created a small version of the Netherlands, where the player has to fly a hot air balloon to certain landmarks. The kids should learn to recognize the different landmarks, to find them faster while the game is progressing.
The players have to use their arms to navigate the balloon around.
I was responsible for the creation of the 3D models and their textures. The client wanted a simple style without complex shapes or too much detail that would distract the children. So we decided to use some simple plain colors with an ambient occlusion map to give the models some more depth.

Cinematics during the first quarter
In Cinematics we had to develop a short story and visualize it with a video.
The video should support the narrative in order to optimize the viewers experience.

Enhanced features during the third quarter
In the third quarter we got back into sculpting, but this time with Zbrush.
We had to learn the basics of Zbrush and create a creature using zSpheres and other sculpting and texturing tools in Zbrush.


Project Start your Engine during the third and fourth quarter
In the last two quarters of the second year we had our first longer project in which we had to develop a game for an Industry Museum in Hengelo.
The museum has a special room to display the usage of energy sources. We had to develop a game designed to teach children and adults about the possibilities and applications of those energy sources.

My team created a game about nuclear energy, which is currently playable at the museum. As the team leader during both quarters I was responsible, that our team met the deadlines and requirements of the client. Beside that I created all environment models and some of the code functions, like the procedural environment generation which we used to randomly generate our levels based on the difficulty settings. 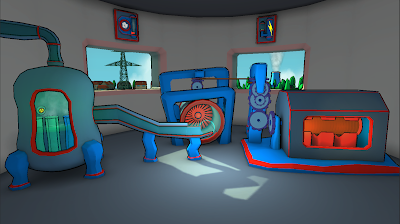 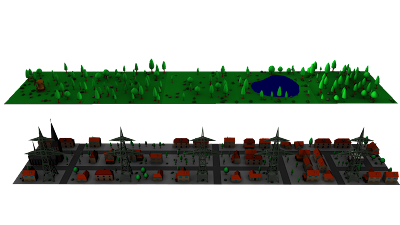